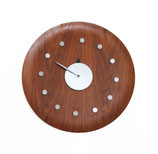 Large vintage 18" walnut George Nelson wall clock. This clock is the exact size as the 18" George Nelson bentwood trays (sold as trays and also used as the top surface in Nelson tray tables). Clock is in working condition and keeps time. The clock appears to float on the wall and has nice depth from any angle. There is no maker's mark on the clock. It could be a one-off design, a prototype, or assembled from parts by an employee.

This was purchased from a nearby auction of the assets of a law office that was reposessed and sent to auction. This particular auction had a large amount of Herman Miller items, particularly items from the 1930s/40s by Gilbert Rohde.

CONDITION NOTES: Overall in very good condition. Clock is in working condition and keeps time. There is one chip to the edge at the top right, which is pictured- it was filled/repaired- see photos. 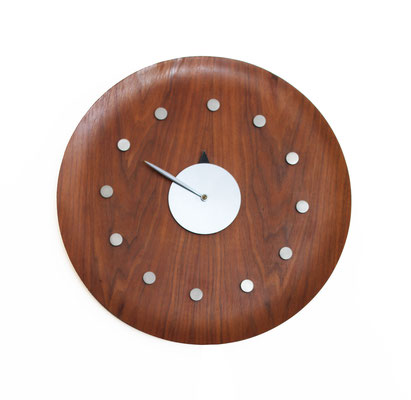 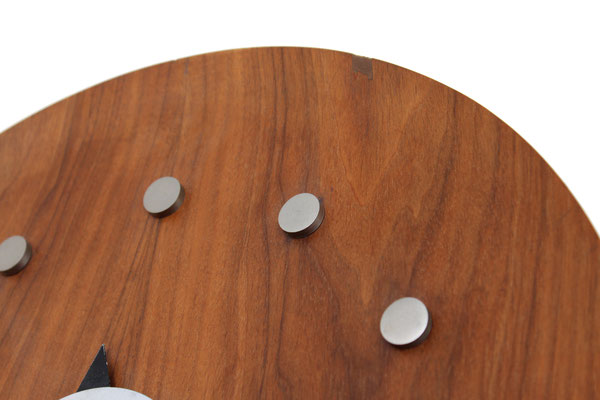 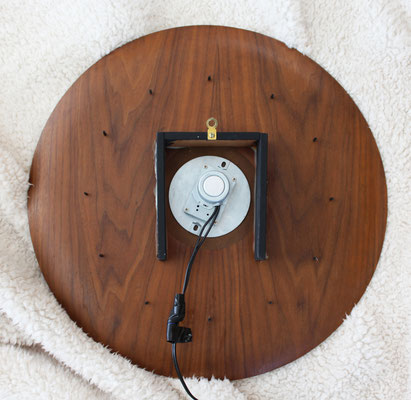 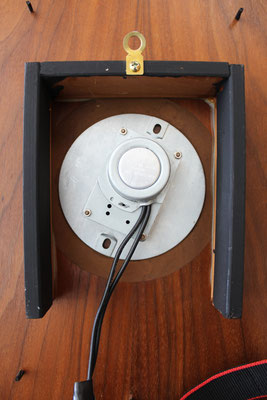 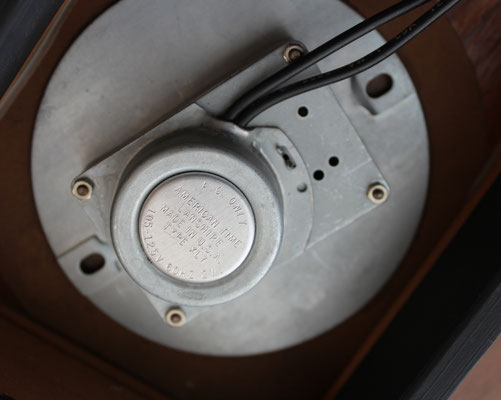 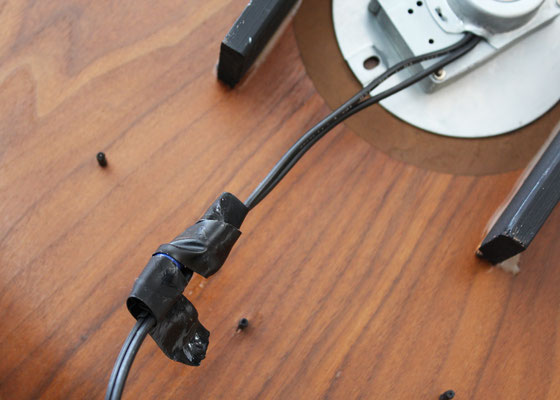 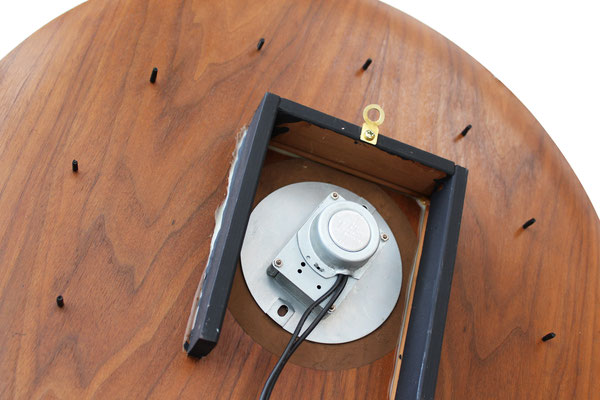 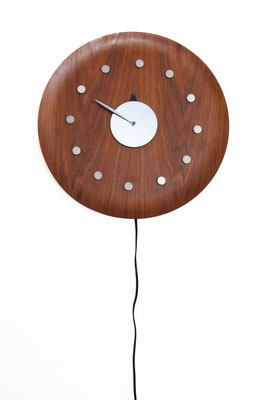 FIND US ON SOCIAL MEDIA

Please send a photo if you can!